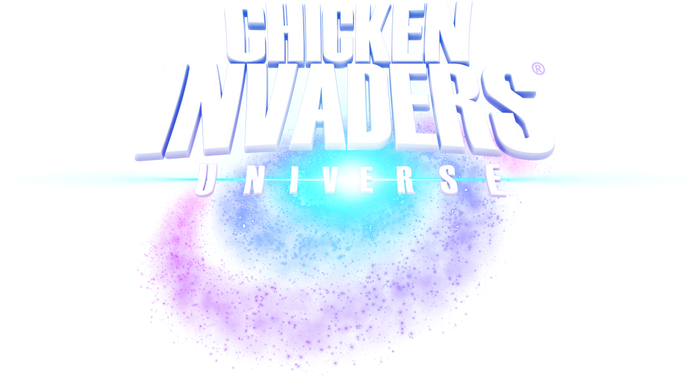 Chicken Invaders Universe is a spin-off in the Chicken Invaders franchise, released on December 15th, 2018 in an Early Access stage. It's an MMO, where you'll join the ranks of the United Hero Force as a recruit fresh out of the Heroes Academy to fight against the evil Henpire.

The game has been in Early Access for over a year, currently at version 49.1, most recently updated on May 17, 2020. It is currently unknown when the Early Access phase will end.

Currently the game is going through technical bug fixes, with new waves being added along with improvements to waves and bosses returning from previous games, mainly Ultimate Omelette and Cluck of the Dark Side, with some of them also inspired from Revenge of the Yolk.

All players who started playing during the Early Access phase will receive an "Early Access Participation" medal. After each update, players' suggestions are taken into consideration and two types of medals are awarded for approved suggestions: "Great Minds Think Alike" medal for an approved content idea and "Bug Exterminator" medal for a bug fix suggestion.

The remaining Editions for the latest Chicken Invaders episode (Easter and Thanksgiving) will not arrive until after this game gets released, if at all.

You can visit the Chicken Invaders Universe forum to share your suggestions or report stuff. Plan updates are also regularly shared, giving info regarding how the development is doing.

In case your idea does make it into the game (or something inspired by it), you will get certain rewards in-game, including a contributor reward, your name in the credits, and lots of Keys.

It can be downloaded here.

Retrieved from "https://chickeninvaders.fandom.com/wiki/Chicken_Invaders_Universe?oldid=31784"
Community content is available under CC-BY-SA unless otherwise noted.